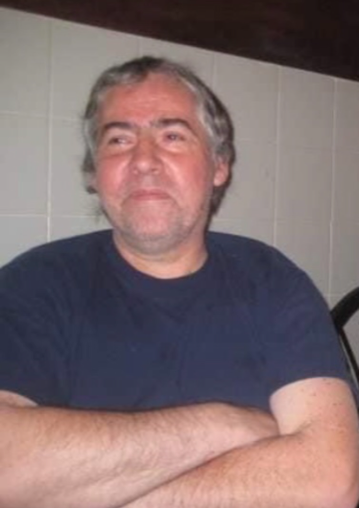 Piscataway, NJ – Robert Romano, 65, passed away on May 22, 2020 at JFK Medical Center in Edison, NJ.  Born and raised in Bayonne to the late Charles and Charlotte (Marks) Romano, he ventured out from his three older siblings and settled to Piscataway in 1996 to raise his family.

Bob started working at a very young age.  He worked at BASF, Shering Plough (presently known as Merck) and then for a short time, at Aprecia.  Throughout his career, Bob was a Clinical Regulator where he assisted in the production of medicine.  His work ethics were passed down to his children which they demonstrate in their daily lives.

Bob had a love for running, despite the weather, he could be found running miles a day.  He was an avid sports fan, especially the NY Yankees and Giants and never missed an opportunity to join in on fantasy football.

Bob had a big heart and spent every chance he could with his family.  Whether it was watching his grandchildren, going for runs and walks, watching sports or playing with his dogs, Bob was an incredibly intelligent and kind individual.

He loved to cook and never turned down chicken noodle soup, something he could eat every day!

Predeceased by his sister Josephine and brother Charles, Bob leaves behind his loving children; Cheryl Kosinski and her husband Ryan, Michael Miller, Christine Romano and Caitlyn Romano, all of Piscataway.  He is also survived by his grandchildren; Jayden and Tyler Kosinski, brother Frank and his wife Antonette of PA and his former wife and dear friend, Lenora Dowal of Piscataway.

Due to the present circumstances, all funeral services have been privately held through Piscataway Funeral Home.  A memorial service reflecting Bob’s life will be held in the near future.

Share Your Memory of
Robert
Upload Your Memory View All Memories
Be the first to upload a memory!
Share A Memory
Send Flowers
Admin Login | Website powered by FuneralTech & TA