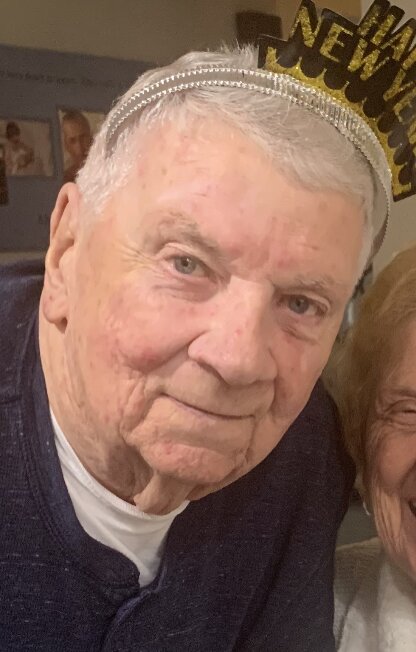 Monroe Township, NJ – Walter J. Flannery, 93, passed away on November 24, 2021 at Robert Wood Johnson University Hospital in New Brunswick.  Born in Fall River, MA to the late William and Nora (Lyden) Flannery, he grew up in Newark where he met the love of his life and wife of seventy-two years, June M. Helmstetter.

Walter served his country proudly as a Seabee in the United States Navy during WWII in the Pacific Theatre.  He and June raised their family in South Plainfield and moved to Monroe Township five years ago.

Walter was a loving and caring father to his daughter Kathy and son Dan.  Walter enjoyed nature, science, the outdoors and hiking.  After a long career as a Logistics Manager, Walt retired at the age of sixty-five.  During his retirement years, he loved to read, travel internationally and domestically but most of all, spoiling his grandchildren.  He was extremely fond of driving and there was not a road trip he was not ready for, especially the ones that called for an early morning start.

Funeral services will be held on Wednesday, December 1, 2021 at 11:00am followed by burial with Military Honors at Hillside Cemetery located in Scotch Plains.  In lieu of flowers, memorial donation sent in Walter’s name St. Jude Children’s Research Hospital (www.stjude.org,) The Salvation Army (www.salvationarmyusa.org) or to Market Street Mission (www.marketstreet.org) would be greatly appreciated.