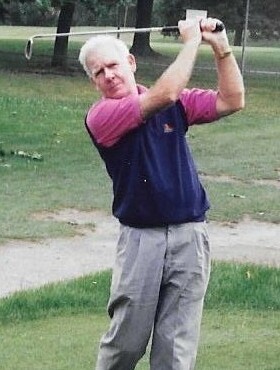 Obituary of Edward A Famula

A lifelong resident of NJ, Ed was born to John and Sophie (Horn) Famula.  Ed spent most of his youth and raised his family in Union, and later split his time between Florida and NJ.  He served in the Army from 1957-1959, marrying his wife, Margaret (Scharfenberg) in 1960.

After serving his country, Ed turned his passion into a career, and landed as the Head Golf Professional at seven different facilities, including Galloping Hill, Ashbrook, Scotch Hills, Shackamaxon, East Orange, Morris County, and Plainfield West.

He was known by many as one of the state's best golfers of his time.  Earning the nickname “Steady Eddie” by his peers.  Winner of the 1973 Dodge Open and competed in three major Championships including the 1962 US Open and two PGA Championships.  When Ed met Jack Nicklaus, he told him that they had something in common, which was, Jack won the three majors that he competed in.  Jack’s quick response was “When are you going to play in another one”.  Later in his career, Ed used his patience and easy going personality to teach and share his knowledge.   He leaves behind thousands of  golfers of whom he introduced the game.

Although he was known as a golf professional, the people that had loved him most were his family.

Predeceased by his brothers John and Donald Famula, Ed leaves behind his cherished wife of 61 years, Margaret Famula; their three children, Mary Ellen and her husband William Oehler, Patricia and her husband Robert Stilo, and James and his wife Kim Famula. He also leaves behind eight grand-children, Robert, Julie, Katie and Natalie Stilo; Steven and Sarah Oehler; and Morgan and Amanda Famula.

Family and friends may attend the visitation on Sunday, January 16th from 3-6 PM at McCriskin-Gustafson Home for Funerals, 2425 Plainfield Avenue, South Plainfield, NJ 07080.

A funeral mass will be celebrated in Sacred Heart RC Church on Monday, January 17th at 10:30 AM. Burial will follow at Hollywood Memorial Park, Union NJ.