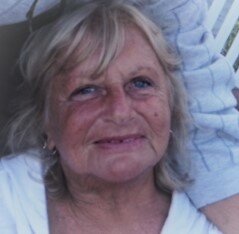 South Plainfield – Elaine M. (Zalewski) Quarantiello, 80, passed away at home on Thursday, March 3, 2022, after a difficult but courageous battle with cancer. With her passing, her family and the world lost a beautiful and kind woman whose influence will extend beyond her death, in the lives of everyone she touched along the way.

Born in Newark, NJ to the late Bella and Aloysius Zalewski, she was raised in Plainfield and graduated from Plainfield High School.

Elaine met Albert Quarantiello, Sr. in 1956. They were married in April of 1961.  A short time later they moved to South Plainfield, where they had their three children, Robin, Albert, Jr. and Teresa. They celebrated their 60th wedding anniversary on April 14, 2021.

After Elaine became a mother, she dedicated her life to her children and family. She was a wonderful role model, supporting her children in all that they did, whether that was schoolwork, pop warner football, twirling, or cheerleading.  In her early years, she was a Brownie and Girl Scout leader. She was an avid bowler. She was an excellent cook and would often meld recipes from her polish heritage with those of her husband’s family. She was famous for her Christmas Eve wigilia dinner.

When her children entered secondary school, Elaine became employed by the Jayce Corporation and then Marriott Corporation working in the Plainfield Public School System as a Food Services Manager for approximately 25 years prior to her retirement in 2011.

As much as Elaine loved the beach, she loved her children, grandchildren, and great grandchildren even more. She attended countless ball games, picnics, graduations, weddings, and baptisms. Her warmth and kindness cannot be measured, and she will be greatly missed.

She is predeceased by her mother and father as well as her younger brother, Allan S. Zalewski.  She is survived by her beloved husband, Albert Sr.; three children, Robin Jabour and her husband Leon John, Albert Quarantiello, Jr and his fiancé Kathleen Root and Teresa Calabrese and her husband, Matthew; six grandchildren, Amanda (Jabour) Kowalski, Melissa Jabour, Tyler Quarantiello, John Jabour, Nicholas Tufaro and Samantha Quarantiello as well as four great grandchildren, Jack, Ryan, Peyton and Henry. She is also survived by her beloved nephew, Allan E. Zalewski, along with many extended family members and friends.

Family and friends are invited to join together for visitation on Tuesday, March 8, 2022 from 4- 6 PM in the McCriskin – Gustafson Funeral Home 2425 Plainfield Avenue, South Plainfield, NJ 07080.

Cremation and committal services will be privately held.

In lieu of flowers, the family respectfully requests that donations in Elaine’s memory be made to the St. Jude Children’s Research Hospital, 501 St. Jude Place, Memphis, TN 38105.