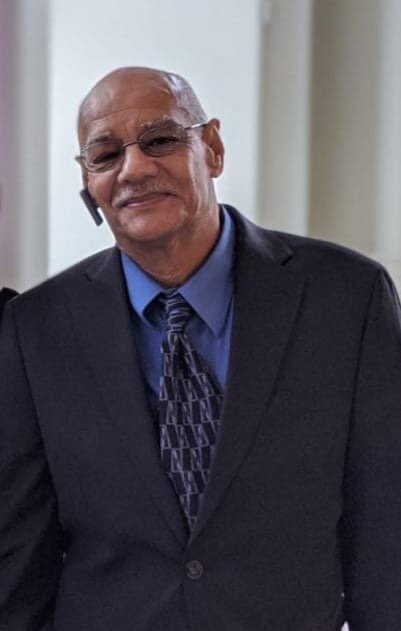 Please share a memory of Ronald to include in a keepsake book for family and friends.
View Tribute Book

A native of Trinidad and Tobago, Ronald immigrated to Brooklyn, NY in 1978 at the age of 27. He resided in Plainfield and South Plainfield before relocating to Edison.

A hardworking man, Ronald was a self-employed Truck Driver living up to his mottos, “hustle, hustle” and “Doh Dig Noting”.

In his down time, Ronald enjoyed singing and dancing as well as playing his native Trinidadian parang. He particularly enjoyed the Cuatro and the Maracas also known as chac-chac. Mr. Martinez also played the steel pan and base for the band the Nutones.

He will be remembered as a dedicated and wonderful husband to Anna; father to his daughters and sons and will also be forever missed by his grandchildren.

In addition, Ronald had a unique way of putting a smile on everyone’s faces and loved to tell jokes and managed to keep the party going.

He is predeceased by parents, Joyce and Victor Martinez and brother, Errol Martinez.

He will also be missed by his sister, Barbara and her husband Barry, Genevieve and Ingrid as well numerous extend relatives and friends.

Relatives and friends are invited to attend the Memorial Gathering to share and reflect on Ronald’s life on Sunday, April 10, 2022 from 1-4PM in the McCriskin – Gustafson Home for Funerals, 2425 Plainfield Ave. South Plainfield, NJ 07080.

Look inside to read what others have shared
Family and friends are coming together online to create a special keepsake. Every memory left on the online obituary will be automatically included in this book.
View Tribute Book
Share Your Memory of
Ronald
Upload Your Memory View All Memories
Be the first to upload a memory!
Share A Memory
Plant a Tree
Admin Login | Website powered by FuneralTech & TA | Privacy Policy | Terms of Use