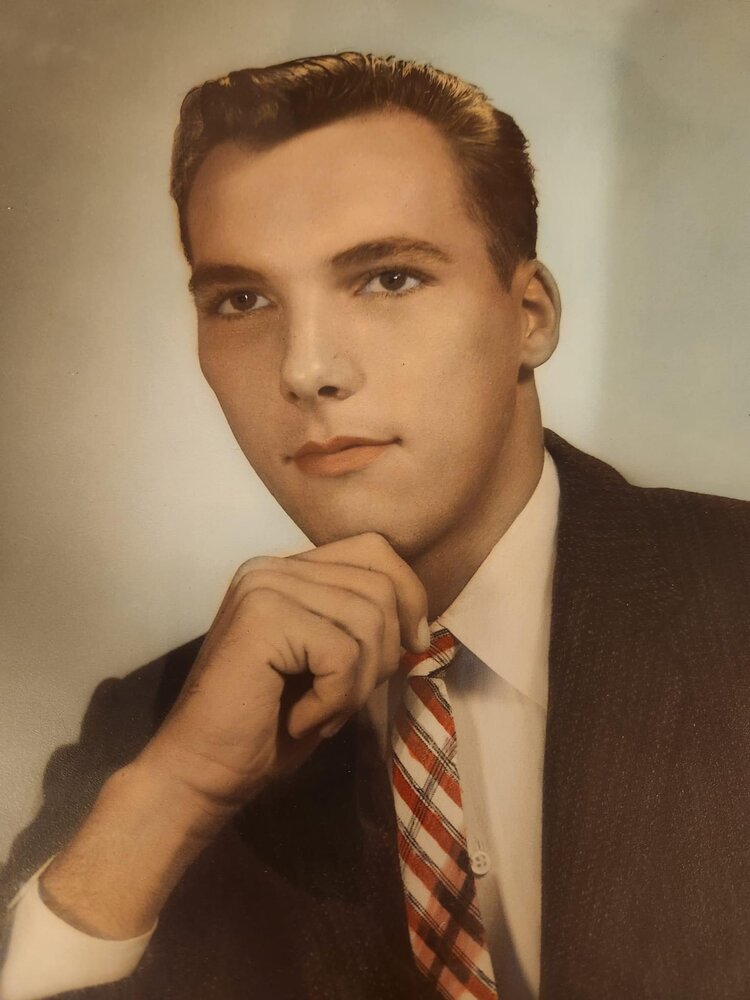 Please share a memory of Frank to include in a keepsake book for family and friends.
View Tribute Book

Born to the late George and Eleanora Daubert, Frank was born and raised in Lyndhurst, NJ.  He was the youngest of four and resided in Jersey City as well as Bloomfield and Garwood before settling to Piscataway in 1970.  He raised his three children with his late wife Sandra within the township.  Frank enlisted into the United States Air Force during high school and served for 4 years until his honorable discharge 1960.

A car enthusiast, Frank’s love of cars continued in his career path where he worked for PSE&G as an auto mechanic for 37 years.  He also collected antiques and was an avid fisherman.

Predeceased by his beloved wife, Sandra Daubert; surviving are  his children, Renee DiGrigoli and her husband Anthony of Piscataway, Frank Daubert Jr. and his wife Renee of South Plainfield, Kevin Daubert and his wife Sue of Flemington, and grandchildren, Nicole, Adam, Christopher, Michael and Bethany.

A Memorial Gathering will be celebrated on Saturday, November 5, 2022 from 1 -4pm in the McCriskin – Gustafson Home For Funerals 2425 Plainfield Ave. South Plainfield, NJ 07080.  Memorial services will begin at 3:30PM.

In lieu of flowers, please consider a donation to the American Lung Association, www.lung.org