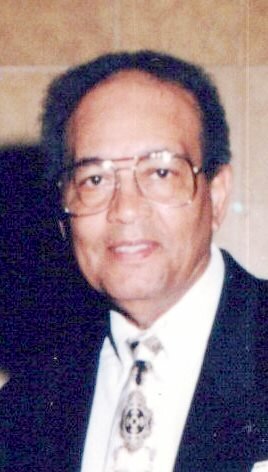 Please share a memory of Kenneth to include in a keepsake book for family and friends.
View Tribute Book

Kenneth was born on August 29th, 1934 to Herbert Scott and Eva Burwell and raised in Paterson, NJ with his siblings, Laurie, William, Lawrence, and Joyce Scott. Kenny graduated from Eastside High School and then started his career path.

He spent 4 years in the Air Force as a Medical Service Specialist from 1954 until 1958. His last rank was Airman Second Class.  He started working at Linden Warehouse & Distribution Co, Inc. in 1977 where he worked for over 22 years with various jobs within the organization. Over the years he received many awards for his excellent service prior to retiring in 1999. He was an incredibly hardworking man who was dedicated to supporting his family.

Kenneth Scott settled in South Plainfield, NJ and married the love of his life, Ethel on December 7th, 1969. They were married for 51 years. Kenny was an exceptional man who upon marriage lovingly cared and accepted as his own daughters, Dawne and Valerie Geer. In that time, he joyfully provided and protected not only them but also the lineage that came to follow. He was a proud family man and cherished every moment spent with his children and the generations that followed.

For many years, Kenny and Ethel were faithful members of St. Mark’s Episcopal Church in Plainfield, NJ.  He was known for his faith in the Lord, and many acts of service within the church. He will be remembered for the genuine care, wisdom, and guidance he not only shared with his family, but with the entire congregation.

He was known for his hearty laughter and warm smile. His unwavering kindness had a positive impact on everyone he encountered, leaving them feeling loved and cared for. Kenny was an excellent orator, who’s stories where full of history meanwhile reflecting on life lessons. Some of the stories were shared in church, with the Men’s Group, or at the many summer BBQ’s and pool parties he and Ethel hosted.  He was a wonderful photographer and by default a historian. He honed his craft by capturing brilliant images and developing them into multiple forms of media. His memory was impeccable and could describe any fact immediately after questioning.

Kenny enjoyed his favorite TV shows Jeopardy and Wheels of Fortune. He also shared a love for jazz alongside his brother William.  As an avid sports fan he followed baseball and football (Go Giants!).  Kenny was enthralled with flight and train simulators. In his spare time, he built a train city in his basement and crafted model boats. He was so good with his hands that he made numerous renovations to the house per Ethel’s “Honey to do List”. For his love of boats, he joyfully traveled to Florida and cruised the open seas numerously with Ethel. They were culinary explorers (aka “Foodies”) dining all over the world.

Kenny was a man of few words while simultaneously making a statement.  His legacy of unconditional love and kindness will continue to live on in the hearts of many.

Immediately following the service Kenny will be laid to rest alongside his beloved Ethel at Hillside Cemetery Scotch Pains, NJ 07076.

Don’t think of him as gone away

Life holds so many facets

This earth is only one.

Just think of him as resting

From the sorrows and the tears

In a place of warmth and comfort

Where there are no days and years.

Think how he must be wishing

That we could know today

How nothing but our sadness

Can really pass away.

And think of him as living

In the hearts of those he touched

For nothing loved is ever lost

And he was loved so much.

Just close your eyes and you will see

All the memories that you have of me

Just sit and relax and you will find

I’m really still there inside your mind

For I am in the land of song

So dry away that silent tear

Don’t think of me in the dark and cold

For here I am, no longer old

I’m in that place that’s filled with love

Known to you all, as “up above”

The Scott family would like to thank you for the cards, flowers, and kind expressions of sympathy shown during Kenny’s passing.

Your support at this difficult time is very much appreciated and a great comfort to all of the family.

Look inside to read what others have shared
Family and friends are coming together online to create a special keepsake. Every memory left on the online obituary will be automatically included in this book.
View Tribute Book
Share Your Memory of
Kenneth
Upload Your Memory View All Memories
Be the first to upload a memory!
Share A Memory
Send Flowers
Plant a Tree
Admin Login | Website powered by FuneralTech & TA | Privacy Policy | Terms of Use